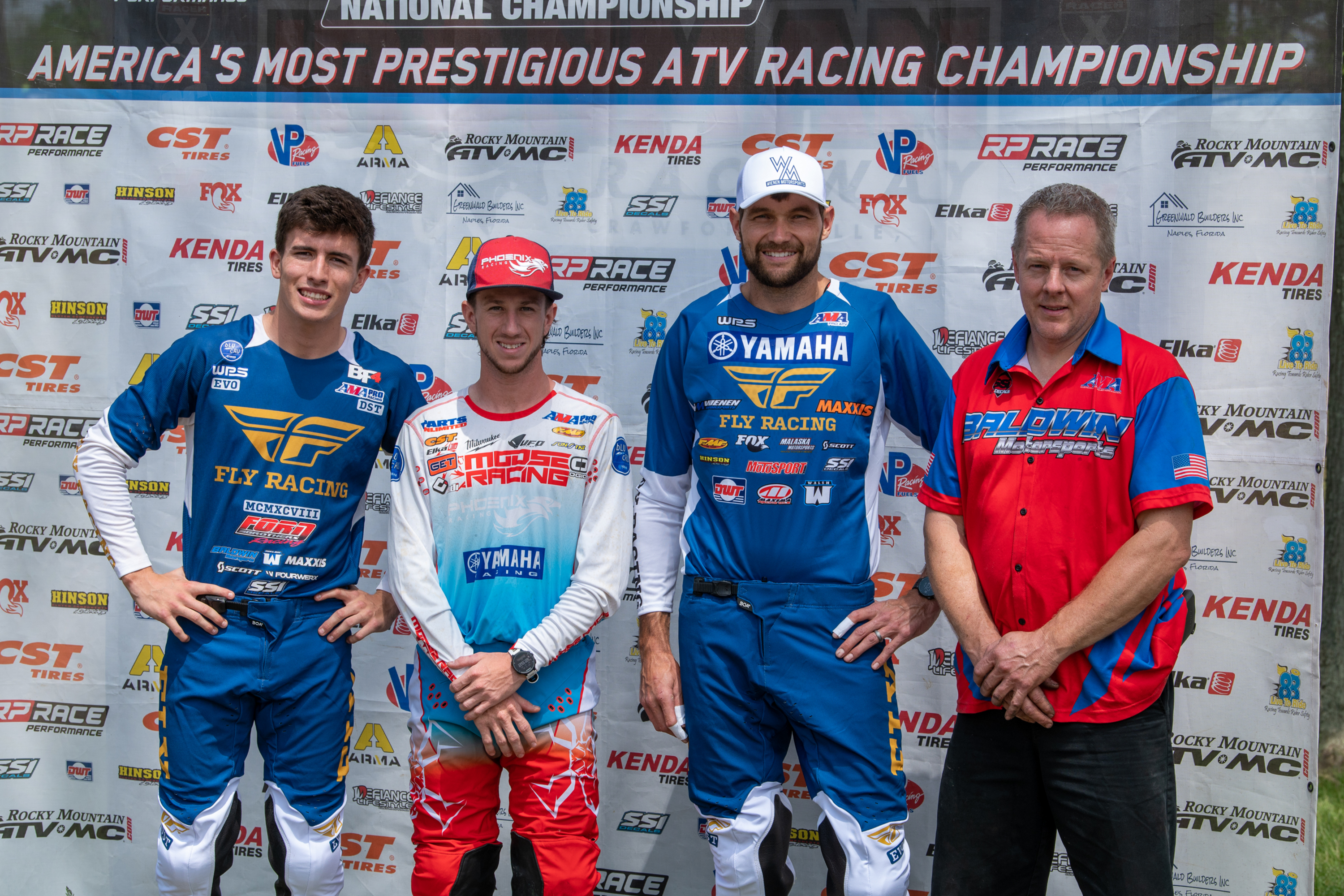 Team USA ATVMX will return to Quadcross of European Nations competition Sept. 24-25, after a two-year hiatus due to the pandemic. To be held at the Kramolin track in the Czech Republic, the event draws competitors from 20 nations and attracts more than 6,000 in-person spectators. The U.S. team will be seeking its fourth championship, after capturing the title in 2017, 2018 and 2019.

“We have an outstanding team selected to represent the United States in international ATV competition,” said Team Manager Mark Baldwin. “As top pro athletes in our nation, they once again have the opportunity to show the world the caliber of ATV riders the United States produces. Our focus is to bring home a fourth championship.”

“I'm honored to have been chosen to represent Team USA again,” said Wienen. “It's really cool to be a part of every U.S. team that has competed in this event. We have a great team this year to try to win our fourth title. I’m excited for the opportunity and to see everyone that we have missed the past few years. I also want to thank the people behind this effort.”

“It feels awesome to be picked again for Team USA,” said Hetrick. “After going twice, and the team winning both times, it is an experience that I'm honored to be a part of. To race the best in the world is one thing, and to win is just an incredible feeling. I’m excited for the trip and to reunite with some familiar faces overseas. Thank you to Team USA for the opportunity and of course David Eller of Phoenix Racing for the support. Let's go Team USA!”

Bryce Ford is a third-year pro in the AMA Pro ATV Motocross National Championship Series but will be a rookie at this overseas event. The youngest U.S. team member to compete at the event, Ford has been awaiting his opportunity to join on the team.

“It is truly an honor to be selected to race for Team USA,” said Ford. “When the US first competed at the event in 2017, it was my dream to be part of the team one day. Now, to be going alongside Joel Hetrick and Chad Wienen -- two of the greatest ATV racers -- is an experience of a lifetime. I’m excited to work as a team to bring home another gold medal for the United States.”

The team will compete in three 25-minute motos, with the best five scores combined for an overall finish position. Free practice and qualifying will take place on Sept. 24 and the opening ceremony and races will commence on Sept. 25. A livestream of the event will be available, and a replay will be shown on MAVTV at a later date.

Fundraising will be held throughout the season for the team’s efforts. Sponsorship opportunities to support the team are available. Sponsors will be featured on the team’s hospitality tent, on the team’s social media and mentioned in future press releases.

Current sponsors include: 88 Live to Ride, SSI Decals and Baldwin Motorsports. For questions regarding the team or to commit to sponsorship, please contact Harv Whipple at [email protected] or 309-314-4879.