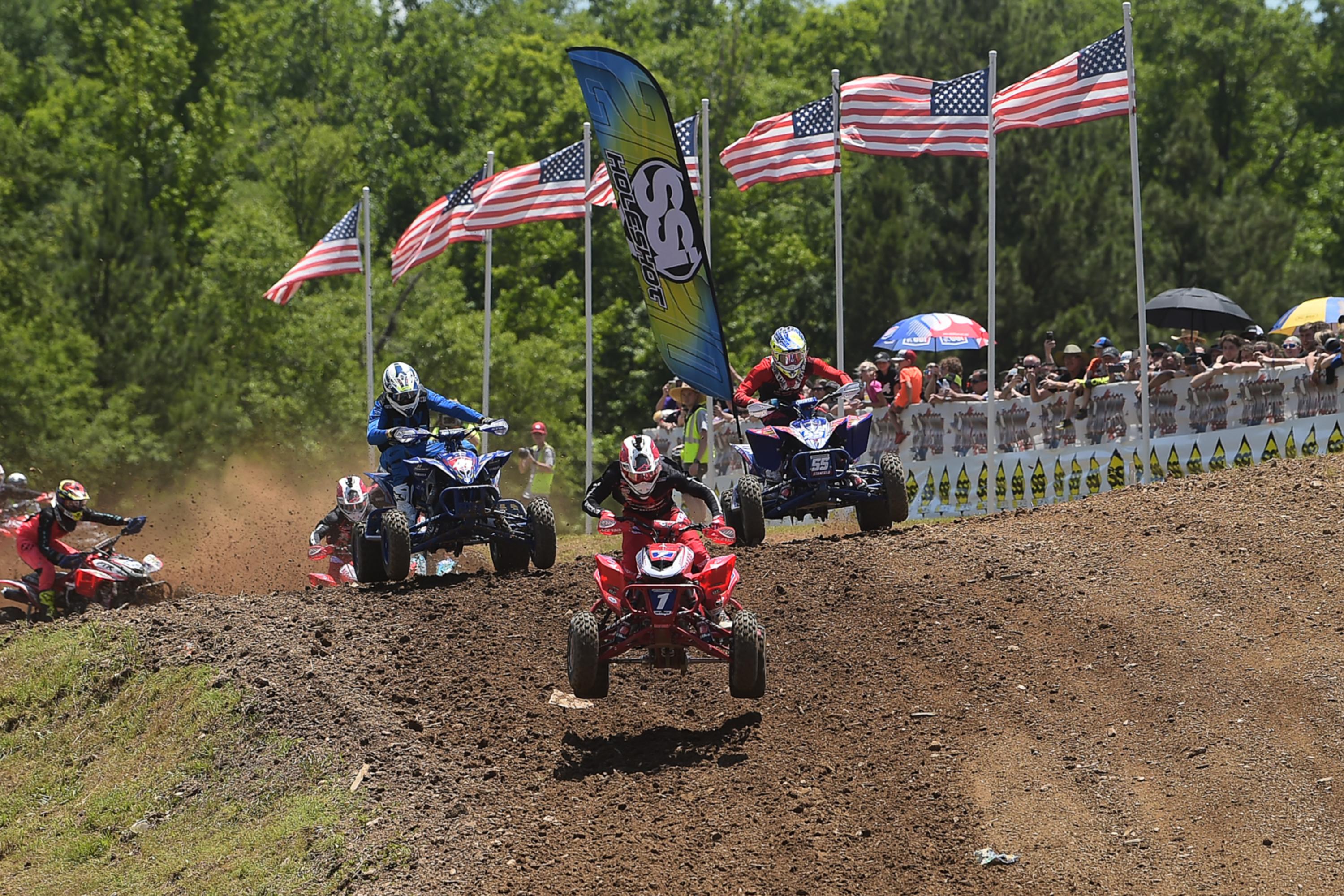 MORGANTOWN, W.Va. (February 16, 2021) – The ATV Motocross National Championship (ATVMX), an AMA National Championship recognizes the sacrifices made by our service men and women and is pleased to announce the continuation of their partnership with the Veterans Tickets Foundation. This generous effort will provide military veterans with the opportunity to obtain free admission at 9 of the scheduled rounds (excluding Daytona ATVSX) of the world’s premier professional and amateur ATV motocross series.

ATV Motocross will donate 40 tickets to Vet Tix for each stop on the 2021 schedule, totaling in over 360 across 9 rounds of the series. These tickets will be made available to both active duty and retired service men and women, and their families, at no cost. For the 2021 season tickets will be provided via email, and each customer will need to print off their tickets to bring with them. Each set of tickets can be claimed on a first come, first serve basis through VetTix.org.

All active and retired military veterans can create an account on VetTix.org to receive emails and reminders about when the ATVMX tickets become available. More information about Vet Tix can be found at VetTix.org.

For more information on the ATV Motocross National Championship, visit the series official website at www.atvmotocross.com or call (304) 284-0101. Join the conversation on the series social media channels, along with receiving the most up-to-date news and exclusive content.

The ATV Motocross National Championship, an AMA National Championship, is the nation's premier amateur and professional ATV motocross series, hosted at top motocross facilities nationwide. The 10-round AMA Pro and 9-round amateur series features the Nation's best racers, teams and sponsors, and is America's largest and longest-running ATV national motocross program. Since 1985, the series continues to expand and produce top talent from the amateur ranks, while premiering the professional class. For more information, please visit www.atvmotocross.com.