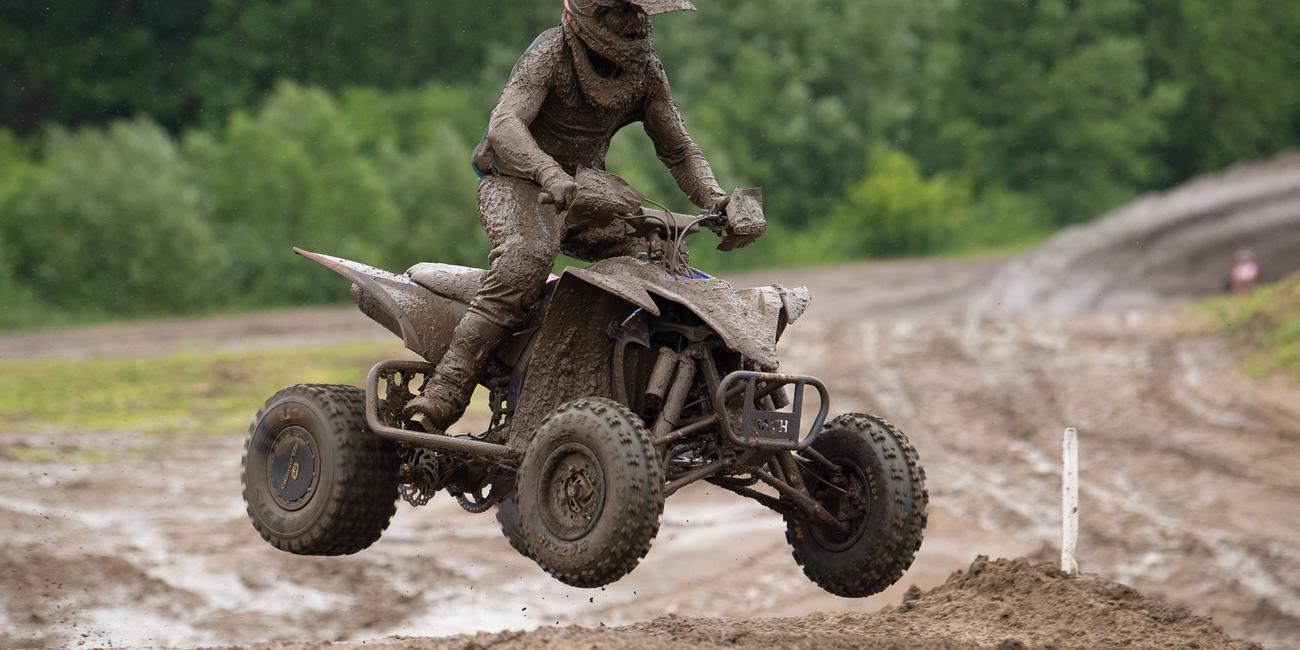 Coming off a win in his home state, Wienen Motorsports/Yamaha/Maxxis’ Chad Wienen will once again be aiming to take the overall win in New York. Wienen currently leads the National Championship points standings, and will be looking to improve that lead after this weekend’s ATVMX National at Unadilla MX.

Phoenix Racing Honda/Maxxis/Elka Suspension’s Joel Hetrick is looking forward to this weekend in New York. Hetrick went 1-1 last year at Unadilla, and will once again look to repeat that success this year. Hetrick sits second in the points standings, and is hopeful he can make up the points by the end of the season and earn his second National Championship.

After earning his first career AMA Pro ATV podium finish, Ford Brothers Racing/Fly/Maxxis/Impact Solutions Cody Ford is eager to get back to battling at the front of the pack to potentially earn his second overall podium finish this weekend. Ford is in his rookie year of the AMA Pro class, and will be one to keep an eye on as he has already reached one accomplishment.

Jeff Rastrelli Land Grading/Baldwin’s Jeffrey Rastrelli came through fourth overall in Illinois after torrential rainfall came through for the duration of the race day on Saturday. Rastrelli is aiming to get back into the top three this weekend, and battle for his first win of the season.

This Saturday GennUSA Racing/CST Tires/Corrosion Specialties’ Nick Gennusa will look to break into the top three and battle for a position on the overall podium after his top five finish at the previous round. Gennusa currently sits fifth in the points standings, and is aiming to get back up to the front of the pack to fight.

Coming through sixth at Sunset Ridge was Ryland Johnson Racing/GBC Motorsports/Ye Olde Cycle Barn’s Westley Wolfe. This weekend Wolfe will be looking to

Tbrown84 Training/CST Tires’ Thomas Brown did not have the overall outcome he had hoped for in Illinois. During the first moto Brown would suffer a mechanical issue and earn 13th as he moto one score. Brown would come out in moto two ready to go, and battle back for a second. With his combined score he would finish 7th overall. This weekend he is looking for redemption and will aim to put together two great motos, eager to earn another overall win this season.

JH Racing/Lobo Transport/Root River Racing’s Samuel Rowe came through eighth overall at the previous round, and currently sits 10th in the points standings. As the series heads into the seventh round this weekend, Rowe will be aiming to keep his position inside the top 10.

Nine6Nine/Barker’s Exhaust/Walsh Race Craft’s Alan Myers and Root River Racing/FTR/Hoosier’s Dylan Tremellen rounded out the overall top 10 at the previous round. In New York on Saturday, these two will be aiming to improve their standings and finish inside the top 10 overall once again.

The 2019 NYCM Insurance Northeastern ATV National once again promises to deliver fast paced three and four wheel action. In addition to the competitive pro class, there are over forty amateur classes as well as a “vintage” two-stroke class and the ever popular three wheel ATC classes.