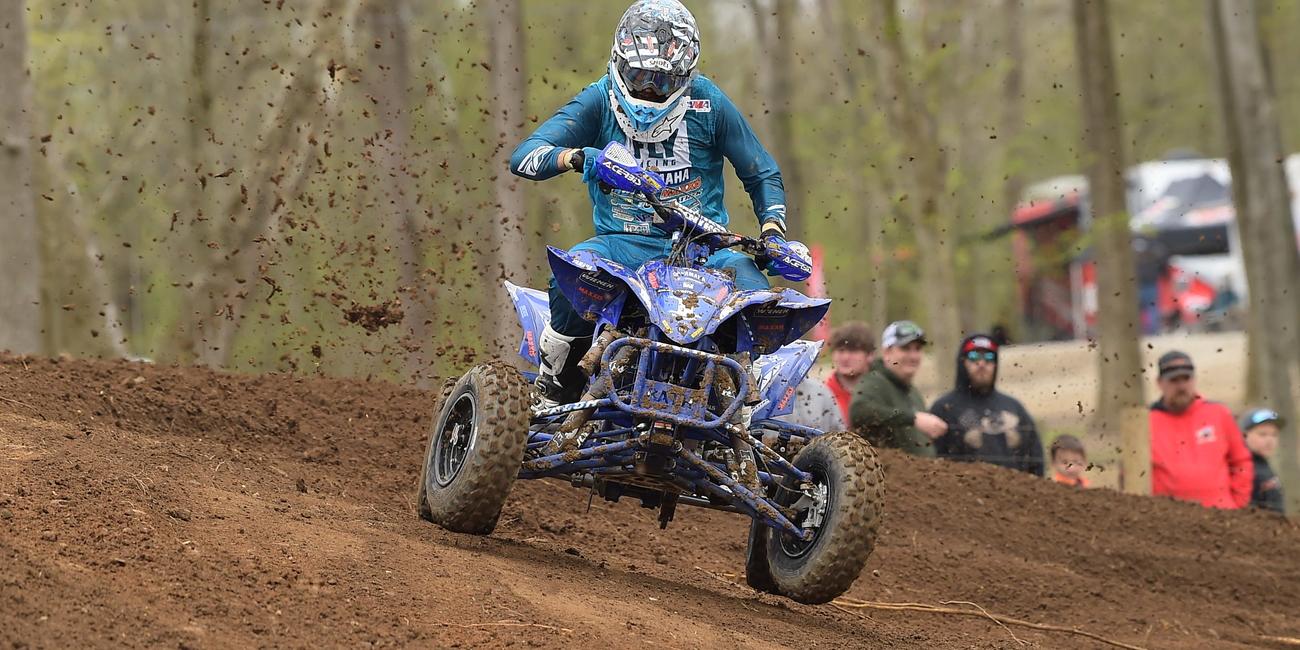 Wienen Motorsports/Yamaha/Maxxis’ Chad Wienen comes into this weekend’s race fresh off his first win of the season and at Ironman Raceway. Wienen is motivated to keep his success going, and will be aiming to capture his second win of the season in South Carolina. Wienen also moved into the points lead, and sits 10 points ahead of his fellow AMA Pro ATV competitors.

After finishing second overall at the previous round, Jeff Rastrelli Land Grading/Baldwin’s Jeffrey Rastrelli is looking forward to this weekend’s race in South Carolina. Rastrelli is eager to battle at the front of the pack and challenge for his first victory for 2019. Rastrelli currently sits third in the points standings, 12 behind Wienen and only 2 points behind second place.

Tbrown84 Training/CST Tires’ Thomas Brown is hopeful he can put together to great moto finishes at this weekend’s SOBMX ATVMX National. At the previous round Brown would find himself with a 6-2 moto score, to ultimately finish third overall. Brown sits second in the points standings, but will be aiming to earn valuable points in his hunt for the National Championship.

After finishing 13th overall in Texas, GennUSA Racing/CST Tires/Corrosion Specialties’ Nick Gennusa was eager to return battling at the front of the pack. In moto one at Ironman Raceway, Gennusa would find himself running in the third place position. However, after the rain began to fall, the second moto would be a different story for many riders. Gennusa would manage to pull off a fifth place finish after falling as far back as 12th at one point. Gennusa is looking forward to this weekend’s race at South of the Border and will be aiming to land on the overall podium.

AMA Pro rookie Corrosion Specialties/Londerville Steel/Maxxis Tires’ Brandon Hoag rounded out the top five overall after earning a moto score of 5-4 on the day. Hoag has been showing improvements each round, and will ultimately be one to keep an eye on tomorrow.

JH Racing/Lobo Transport/Root River Racing’s Samuel Rowe came through in sixth overall after earning a ninth in moto one, and sixth in the second. This weekend Rowe will be looking to put together two top five finishes and improve his overall standing.

Ryland Johnson Racing/GBC Motorsports/Ye Ole Cycle Barn’s Westley Wolfe came away with seventh overall at Ironman. Wolfe had a great race going in moto one, finishing fourth, however in the second moto Wolfe would only complete 7 of the 10 laps. This weekend Wolfe will be hoping for two successful moto finishes.

Finishing in the eighth overall spot was Baldwin Motorsports’ Ronnie Higgerson after an 11th in moto one and 7th in the second moto. Higgerson is eager to get a better jump off the start and battle for a top five overall position. Phoenix Racing Honda’s Haedyn Mickelson will also be looking to improve his standings after finishing ninth overall in Indiana.

JH Racing/Walsh Race Craft/SSi Decals’ Zachary Kaczmarzyk rounded out the top 10 overall from Ironman Raceway. Kaczmarzyk did not compete in the first two AMA Pro ATV rounds, but if he continues for the remaining rounds of the series its inevitable he will be one to keep a lookout for. Phoenix Racing Honda’s Joel Hetrick suffered mechanical issues in both motos at Ironman, forcing him to retire early each time. Hetrick moved from 1st in the points standings to fourth as the series heads to South Carolina, and as Hetrick looks for redemption.