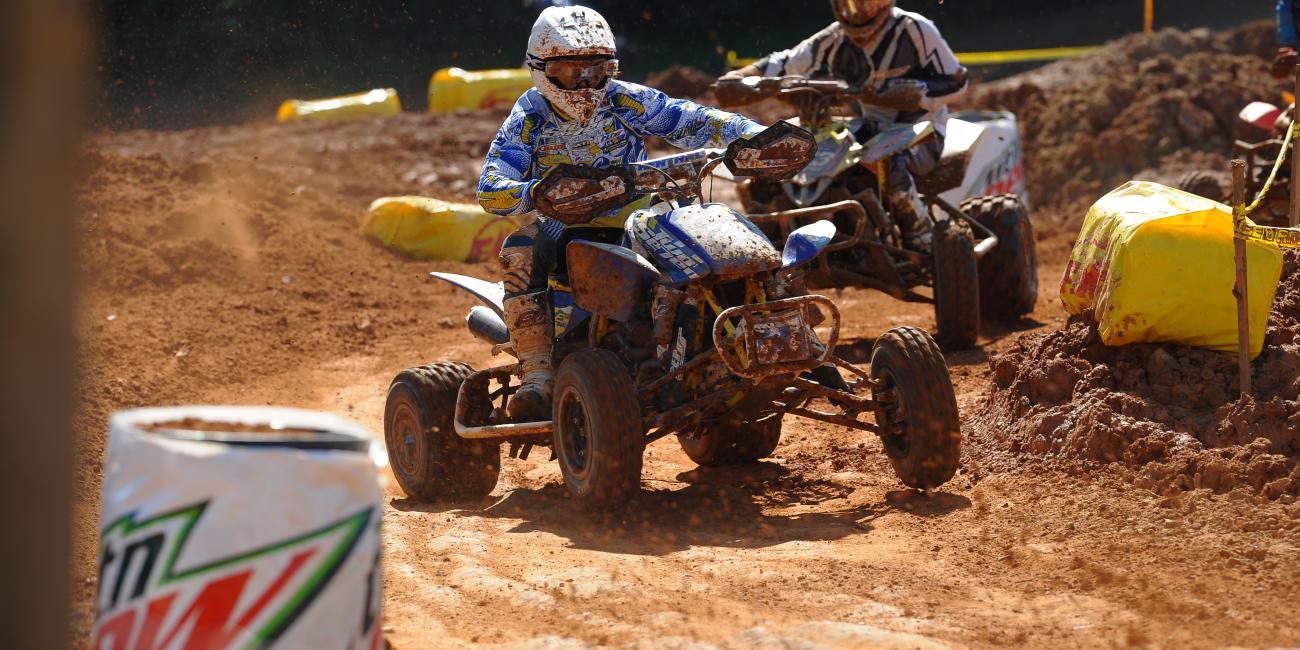 Nine weeks from now the 2014 Mtn. Dew AMA ATV Motocross National Championship will be gearing up for the first race of the season. One might think, “nine weeks is plenty of time!” However that thought will soon be overshadowed, as crunch time is not far away. Soon the preseason will be over and everything you have been working for will be ready to see the light of day.

As mentioned last week there is plenty going on all around the ATV Racin’ Nation and it seems to only be picking up momentum. The rumor mills are flying still as some questionable programs are finding the answers they need to know to proceed while others feverishly test, tune and prepare mentally and physically for what looks to be the most challenging season ever for all classes.

One of the rumors that caught my attention was of a return to racing by one of girls’ youth standout. I am not sure if she will be and not sure what classes she may contest, but it has been said that Maci Devonport may be gearing up to make a return after a seasons absence. I will try to have this confirmed by next week but I thought that if nothing else it would give us something to bench race about for a week or so.

Maci was an amazing youth standout not only in the girls’ classes but all classes she competed in. I am sure with last season’s success with the Women class riders Chloe Beurster and Katie Mette one has to hope that young Maci is 16 now and ready to step up to the big bikes. I know she had some struggles last year prior to the season with injury and honestly the last report I got was that she would be hanging up the racing boots and moving on to other adventures. If this rumor is true, it will mean a lot to a select group of individuals and 2014 racing may have just gotten a little more intense. Again it’s only rumor so far but a lot the rumor milled churned out this season has been pretty close to accurate, well more than usual anyway.

I spoke with former top AMA ATV MX star Cam Reimers last week to see what the 25 year old had up his sleeve for 2014 racing wise. He told me that he will be racing in 2014 but not an ATV. He will be running the 2014 TORC Series in the Pro-Lite division. He said that Ian Harris from SSI Decals would also be running a Pro Lite in that series in a truck prepped from our shop. Pending a title sponsor he has been recently invited to the 2014 X Games to race a Stadium Super Truck. I laughed and said getting too old for ATVMX and he said, “With age comes the cage!” What’s even funnier is since the introduction of Side X Side racing that is a frame that has been coined quite a bit.

I also spoke with former top Pro Am stand out Dalton Millican. Dalton is the son of multi-time drag car champion Clay Millican and one had to wonder when Dalton would make the switch. Dalton says he has been doing some drag car racing and will hopefully do more. As for racing MX, Dalton says, “I would love to be at the MX track and I'm sure I will be some but really need more support for me to do a full season. I love MX so much!”

Now let’s check in with Ken Hill to see what magical paragraphs he has up his literary sleeve this week:

Rodney, I have to admit my brain is just about fried. The last week or so has just been dead for me, and seeing the pictures and videos coming from down south are killing me! Ice and snow, cold and wind, winters just aren’t any fun! I know the majority are feeling it and cannot wait for the season to get underway.

One bright spot though was seeing the guys and gals behind the Racer TV program get some big time love from Racer X. There is a ton of hard work put into the programs and it is growing about as fast as they can handle it! That is a great problem to have and it is indeed important for everyone to get to see who and how things are done. While it may seem like it's a slow process, we have to realize that this venture started with almost nothing and has turned into a huge success that has no ceiling. The sky is the limit and it is very important for everyone to continue to share and help promote it.

Of course with success comes the inevitable want for more. How cool would it be to have live Pro Motos on Racer TV! Now I have no inside knowledge on this, but as a fan it is what I would like to see. Will it come? At some point it will, but we have to allow the program to grow and get support so it will be a viable option. So much of what goes into it falls on so few shoulders that they could easily be overwhelmed. The messages from our social media and emails are flush with questions about when the programs will air, where they can see them and the nonstop requests to have more coverage and this is an outstanding problem to have. Trust me when I say they are working on providing more, we all just have to be patient.

It was also good to hear that Mtn. Dew will again be the title sponsor of the series and having a strong and growing relationship with good sponsors makes for progress. Having the same vision also helps get things done and we are all looking forward to seeing everyone take the steps needed to get the series growing to an unprecedented level. There are some changes coming as to who and how the series is promoted and I am excited to see how well it will work. I can't imagine anyone who loves ATV Motocross not being all in for seeing things break out of the norm and grow as we head into the coming seasons.

I will wrap it up and even though I am in the dumps with old man winter, the thought of the new season getting close has my inner child kicking and throwing a fit!

Thanks Kenny! And that will wrap up this week’s Site Lap looking toward the new season. Till next time, God Bless Your Heart and All Your Vital Organs.