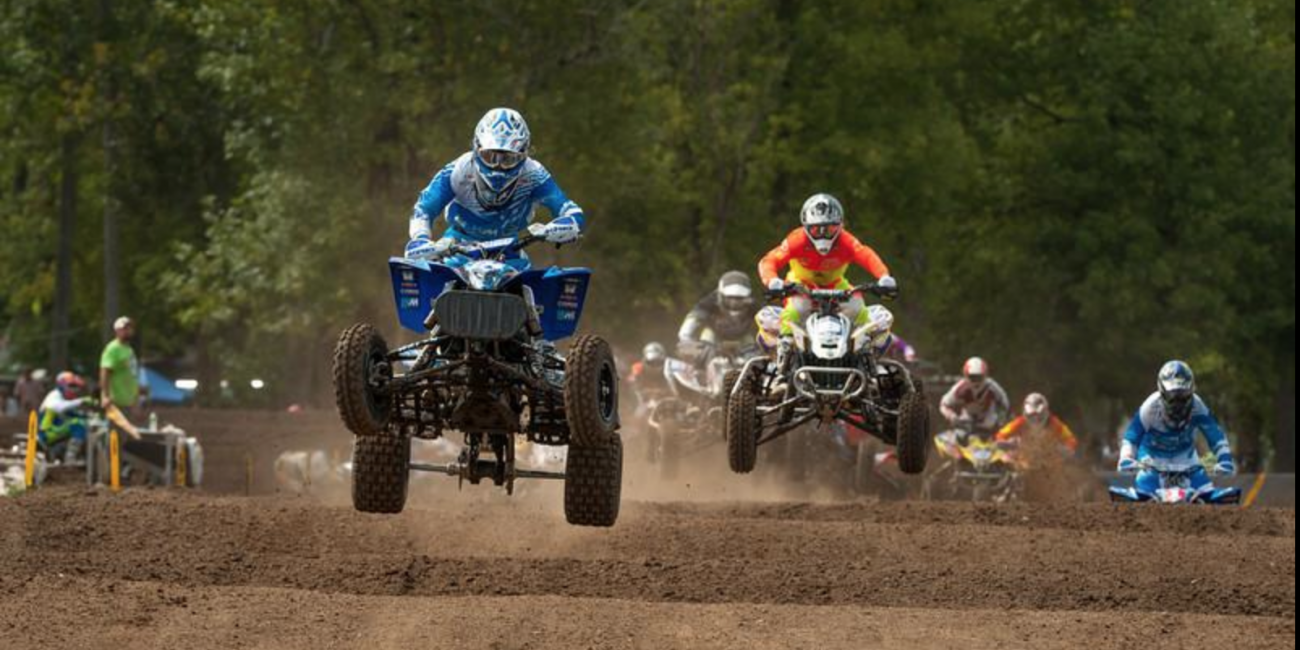 Site Lap: A Week Closer To A New Season

It’s our second Site Lap of 2014 and already things are becoming a little clearer as another week wears on. I have spoken with a couple of folks this past week and the anxiety of this new season is certainly starting to show as riders jockey with decisions on teams, sponsors, classes, budgets, training and everything else it takes make a national program work. What for?—many may ask—but those living it know that it’s all in pursuit of passionately living a dream that only true champions can understand.

Around the racing world this week folks are breaking out the frozen mold which bound them and are beginning to show even more life as we step one day closer to the start of the new race season. Two-Time and Defending Champion Chad Wienen is reported to be working hard in Florida. As matter of fact I understand he is redesigning a practice compound currently and has been seen hanging with some of the top GNCC guys over the last few days.

Wienen is also reported to be traveling and working alone at the moment in the off season. Teammates Thomas Brown and newcomer to the crew Nick Gennusa are apparently still in their respective home places right now preparing for the big push for March themselves. Brown is surely getting plenty of bike time in Texas right now, where even new JB Racing/Can-Am’s Joel Hetrick has been reportedly working some toward the new year with the new team and new but familiar Can-Am’s. Meanwhile, Nick Gennusa, who is expected to be a huge threat for the Pro Am Division title, lives in New Jersey and one has to wonder what that means for his program right now. I would say not to worry. Remember Nick has shown strength, skill and speed through the entire season in the past and it is obvious this kid is no slacker or he would not be riding with Wienen Motorsports in the first place. Also remember he was mentored by one of the sport’s greatest, former ATV Pro Champion Travis Spader, the last couple of years so he should have “all the right moves” for 2014.

You may have recently heard that contrary to statements in past Site Lap articles that Cody Gibson was coming back after all in 2014. Let me say that those rumors are true and false at the same time. I spoke with Cody this morning and he told me, “Yes I did do some testing to ride Honda’s in the AMA Pro ATV class in 2014 with the Ellis Motorsports Team and Brett Musick. I did however after careful consideration eventually have to say no at this time,”  in his southern accent kind of way. Cody also told me the bikes were awesome, the team was remarkable and Scott Ellis was probably one of the best people he had ever met. He said that all he would be required to do was show and race and leave and he would be able to keep a relatively normal life outside a few weekends a year. He said it truly is a great offer but the big picture—being the risks—outweighs the rewards for him. Like many, Cody has bills to pay and he said “if I go out and break an arm or something and have to miss work, I won’t get paid to make my normal everyday bills so I just can’t right now. Sure wish I could.”

Another bug in the ear this week is the return of former youth sensation Cam Covil in 2014. The reports I am hearing are that Cam is faster than ever and will be coming with a goal of winning the Pro-Am championship his first year back. Cam you may remember one of the fastest youth prodigies of ATVMX suffered from a number of obstacles that are now behind him and his program. This kid is fast and everyone knows it. Everyone will be watching and waiting for the #8.

I spoke with Mike Walsh from Walsh Race Craft who helped confirm a rumor I had heard about the possible return of Jeremy Lawson to the AMA Pro ATV ranks. He said that it was true but he too, had decided against it after careful consideration.

Walsh also told me they would be doing something a little different in 2014 in focusing on customer support at the tracks. Mike says they have a new unit being constructed and outfitted for just that purpose. He said not to look for them on vendor row necessarily but they will be some place near the pro pits where they can service all their riders and customers in the new season. Mike says that he is also going to be hitting a few GNCCs in 2014 and to be looking for him at select events on that schedule.

Speaking of GNCC, I heard that top A and College rider Reis Parvin may be making a bid for a title in the AMSOIL Grand National Cross Country series presented by Maxxis in 2014. I know after speaking with Parvin he had expressed interest about it and a recent announcement by the Ohio Crew confirms that he is expected to make that switch.

That’s it for me now. Let’s see what Ken Hill has up his literary sleeve this week. Give us the magic, Kenny!

I didn't want to bring up goals around the New Year because everyone makes resolutions and it draws as much heat as it does support. With that said, however; goals in business are very important and setting goals should be paramount in your racing program. Merely stating that you intend to win is not enough. Setting obtainable goals and keeping track of them will help you focus on areas that are important to your program and will highlight areas you need to improve on.

Training, obtaining sponsorship and support, even your social media all can benefit from goals. You are your best advertising vehicle and when those monitoring your progress see you state and reach goals they will keep you on their radar because they want success and that success has little to do with your track performance. Companies are starting to use social media to weed out potential riders and teams that just do not fit their own set of standards and goals so it is a big circle that can help or sink your program as you progress through the ranks.

Be smart with the goals you set, make them challenging enough to force you to put forth honest effort to achieve them. Be very clear as you set your goals so you do not side step their intent. Be honest with yourself as you set your goals so that you do not take yourself out of the game by becoming frustrated or get plain lazy when you are having trouble. Some goals should be easy, others difficult, it will help you deal with issues in a brand new light as you dismiss things that do not help you and focus more on those things that do help.

If ATV racing is ever to take the big steps needed to become mainstream it will start with those who can accomplish goals and excel at dealing with difficulties because it will not be an easy fight. The small steps taken now by those just starting out will pay huge dividends in the years to come.