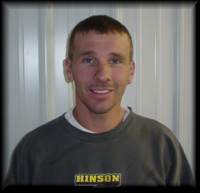 Rath's team has been selected by Polaris to develop its racing quad, which was released last summer. Riders Brock Lyons (No. 43) and Rich Stambach (No. 45) will compete in the Pro Class. Cody Anderson (No. 87) and Landon Hurst (No. 79) are the team's Pro Am riders, while Jay Corey (No. 51) and Frank Battista (No. 13) will race in B Class and Plus 25, respectively.

Rath's team also plans to compete in select Grand National Cross Country Series races in both the ATV and Side by Side categories, as well as several other national series.

"I'm 40 years old and I'm out here having fun," said Rath with a chuckle. "It's exciting for me to build a team and work with a truly dedicated OEM. This will be an exciting year."

Rath said he was pleased at the reception he received when arriving at Sunset Ridge.

"The ATVA has really welcomed us back with open arms," said Rath. "They're really not sticking it on our backs that we had decided to compete elsewhere this year before changing our plans to compete full time with the ATVA. Everyone we've spoken with seems genuinely happy we're here."

The team has been in full-on development mode since last summer. Rath said Polaris is dedicated to developing a top-level ATV and will do whatever it takes to produce a winner.

"This ATV has a ton of potential," said Rath. "Polaris really entered into this with an open mind, and they have a multi-year plan to develop this new bike. Once we began development, it was obvious that Polaris had a very high level of dedication. They have sent engineers to every event in which we've competed, and they've worked long hours side by side with my team on many long nights. It's been my experience that this is a rare commodity; to have an OEM with this level of dedication."

Rath, his wife, Jennifer, and his son Tucker foster what Rath describes as a "family atmosphere" on the team.

"Frank and Brock have lived with us at our house for the last few months. They eat with us, and really have become like family members," said Rath. "We're living and eating together, and this really helps us build the chemistry necessary to compete at the highest levels."

The Concept Haulers ATV Showdown kicks off tomorrow with Pro Qualifying rounds at noon and 3 p.m., followed by the Pro Last Chance Qualifier at 5 p.m. The day will also feature a full card of racing for Pro Am, Youth, Amateur and Women's Classes.