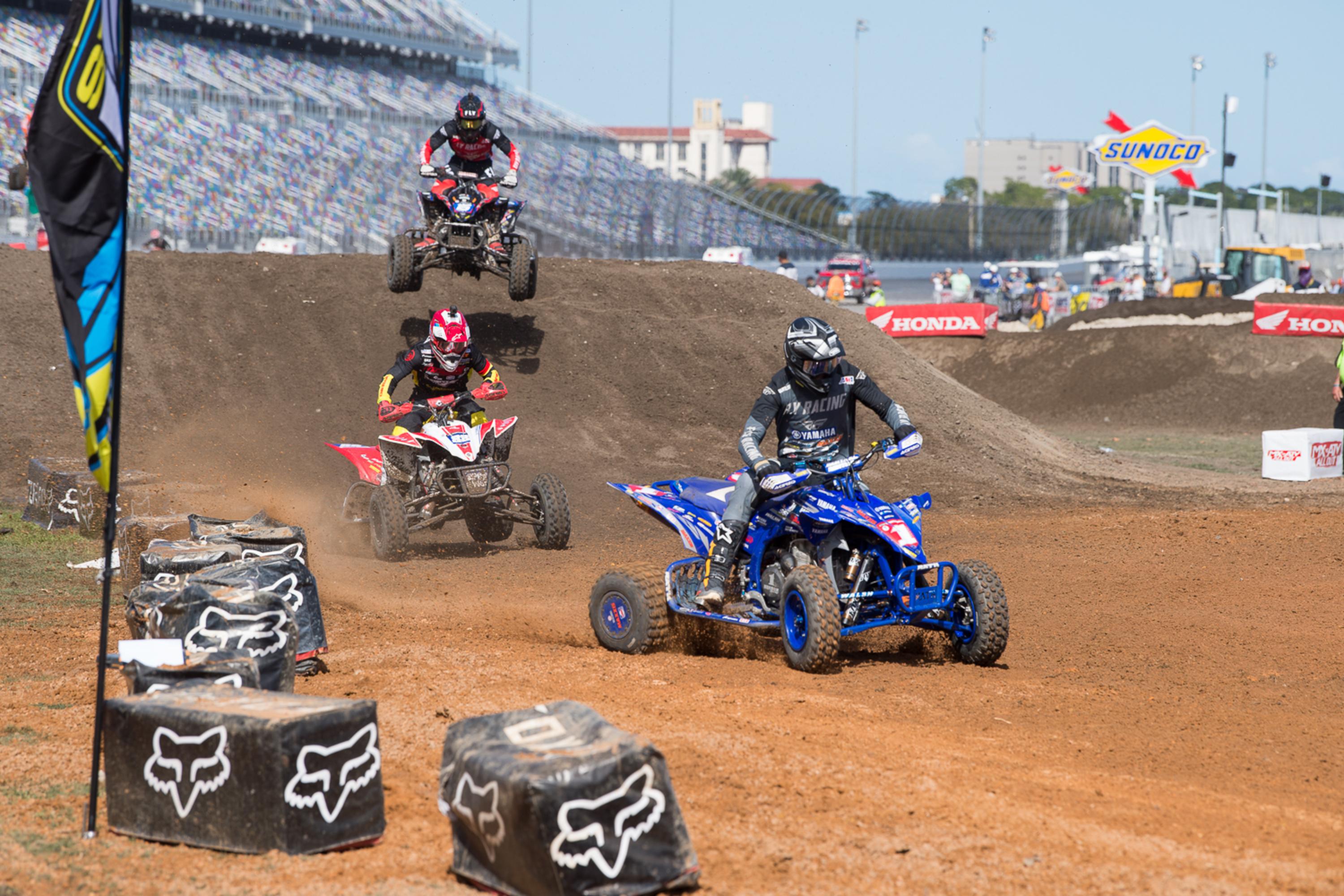 MORGANTOWN, W.Va. (January 7, 2021) – The 8th Annual ATV Supercross (ATVSX) at Daytona International Speedway is set to take place on Tuesday, March 8, 2022. This year’s event will once again be held in conjunction with the Daytona Vintage Supercross, and it has expanded its program to include the AMA Pro, Pro Sport and WMX Pro classes. These are the fastest ATV racers in the world, and we are excited to add them into the program on Tuesday.

Taking place on one of the most prestigious motorsports grounds in the world, the ATV Supercross includes a weekend full of racing and family fun. Before the ATV action kicks off on Tuesday, the motorsports-filled weekend begins on Saturday with the 52nd Annual Daytona Supercross, followed by the Monster Energy Ricky Carmichael Daytona Amateur Supercross (RCSX) on Sunday and Monday.

Riders in the AMA Pro, Pro Sport and WMX Pro classes must pre-register for the event and check-in on Monday, March 7th from 2-6 pm, or Tuesday, March 8th,  from 6:30-8 am at the MX Sports Trackside Office. Pre-Registration is available online now, click HERE to register, the deadline to register is Wednesday, March 2, 2022.

Yamaha’s Chad Wienen started the year off with the win at Daytona last year and finished off the year by earning his eighth AMA Pro ATV National Championship. As the season kicks off this year, Wienen will be looking to earn the win at round one once again, but it is looking like he will have a handful of competition to battle with. Phoenix Racing’s Joel Hetrick along with GennUSA Racing’s Nick Gennusa and Ford Brothers Racing’s Bryce Ford are just a few to look out for this upcoming season.

With the addition of the Pro Sport and WMX Pro classes Tuesday’s racing action is looking to heat up. In the Pro Sport class, Zack Decker will be looking to take the round one win after earning the class championship last season. However, Decker will be battling with the likes of Joseph Chambers, Blair Miller and Jacob Stevens. This class has always been full of exciting racing battles and is sure to add the excitement to Tuesday’s racing action.

Another addition to Tuesday's racing schedule is the WMX Pro class. These Pro Women racers are excited to be a part of the Pro lineup for racing in Florida, and will be sure to add some great racing battles for the fans to see. Defending Champion, Andrea Berger will look to take on fellow WMX competitors like Niamh Shaw, Madyson Trower, Makailey Vantiem plus many more.

For more information on the ATV Motocross National Championship, visit the series official website at www.atvmotocross.com or call (304) 284-0101. Join the conversation on the series social media channels, along with receiving the most up-to-date news and exclusive content.

The ATV Motocross National Championship, an AMA National Championship, is the nation's premier amateur and professional ATV motocross series, hosted at top motocross facilities nationwide. The 10-round AMA Pro and 9-round amateur series features the Nation's best racers, teams and sponsors, and is America's largest and longest-running ATV national motocross program. Since 1984, the series continues to expand and produce top talent from the amateur ranks, while premiering the professional class. For more information, please visit www.atvmotocross.com.