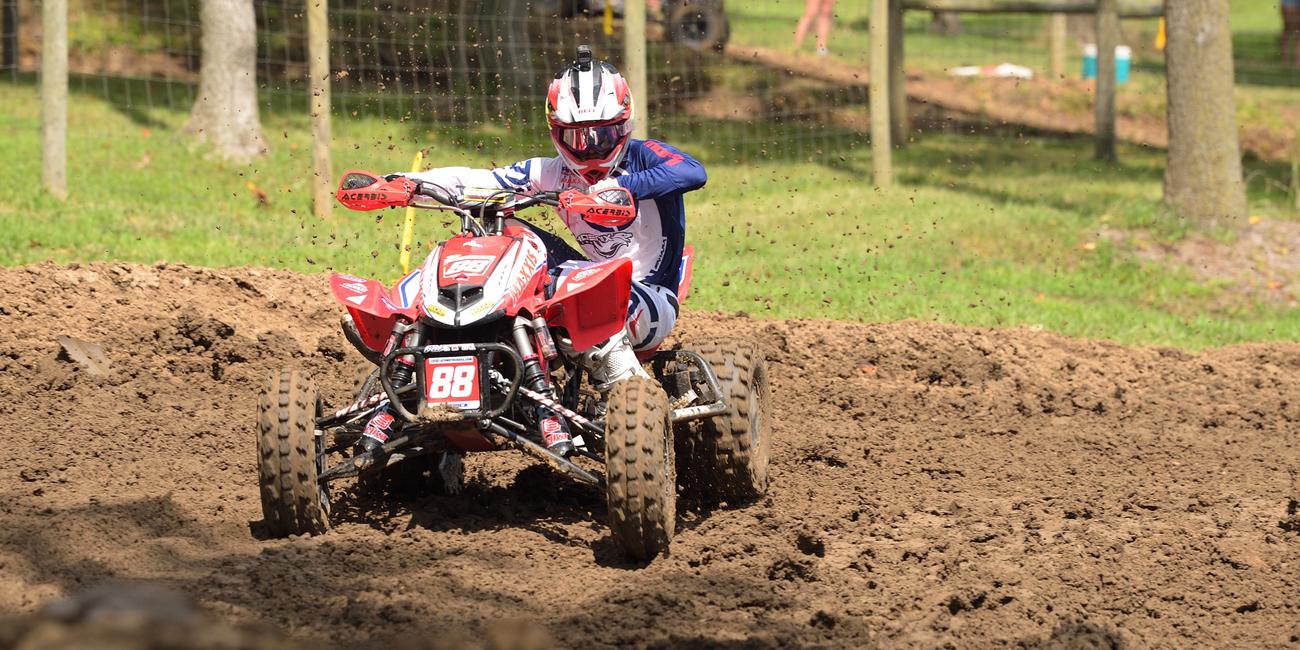 The 2020 season will kick off with the first points-paying event for the AMA Pro class only at the popular Daytona International Speedway in Daytona Beach, Florida on Tuesday, March 10. From there the series moves to Underground MX  in Kemp, Texas, on March 28 and 29 where round one for the amateur competitors will take place, and the second points-paying event for ATVMX Pro.

The series will then move on to such popular spots as South of the Border, Ironman Raceway, Muddy Creek Raceway, Sunset Ridge MX, Unadilla MX and RedBud MX, before the finale of the amateur rounds at the popular Loretta Lynn Ranch in Hurricane Mills, Tennessee.

The tenth round for the ATVMX Pro class will take place on Friday, August 28, at Ironman Raceway in Crawfordsville, Indiana. This final round will once again take place the day before the Lucas Oil Pro Motocross Championship. The two-moto ATVMX format on Friday provides a great opportunity for exposure, with many of the industry’s heavy hitters being on-site all weekend.

MX Sports Pro Racing Director, Roy Janson, stated “As the AMA Pro ATV Motocross Series celebrated its 34th season, the quality of competition maintained its tradition and proud position as the world’s most prestigious ATV racing championship. From the series opener at the world famous Daytona International Speedway to the series conclusion at the iconic Ironman Raceway, 2019 Champion Joel Hetrick battled his way to one of the most exciting championship finishes ever by taking the title by 3 points over multi-time champion Chad Wienen.”

Janson continued, “Joel’s six wins in the 10 race series proved to be the necessary formula for holding off the late series charge that Chad put up in his effort to regain the title. At the final Checkered flag though, Joel Hetrick and his potent Honda team demonstrated that they had all the right combinations in making champions. Hetrick’s 2019 AMA Pro ATV title is his second in three years adding to his 2017 title.”

Janson further commented, “the annual title fights between Joel and Chad have provided ATV Motocross race fans with a thrilling demonstration of professional competition at its best and have continued the great legacy of the sport and its talented athletes.”

The ATVMX series has been the home for four-wheeled ATV racing since 1985 and remains America’s premier ATV racing series. The series features the AMA Pro division, supported by over 40 amateur classes.

For more information on the 2020 ATV Motocross National Championship, visit the series official website at www.atvmotocross.com or call (304) 284-0084. Join the conversation on the series social media channels, along with receiving the most up-to-date news and exclusive content.