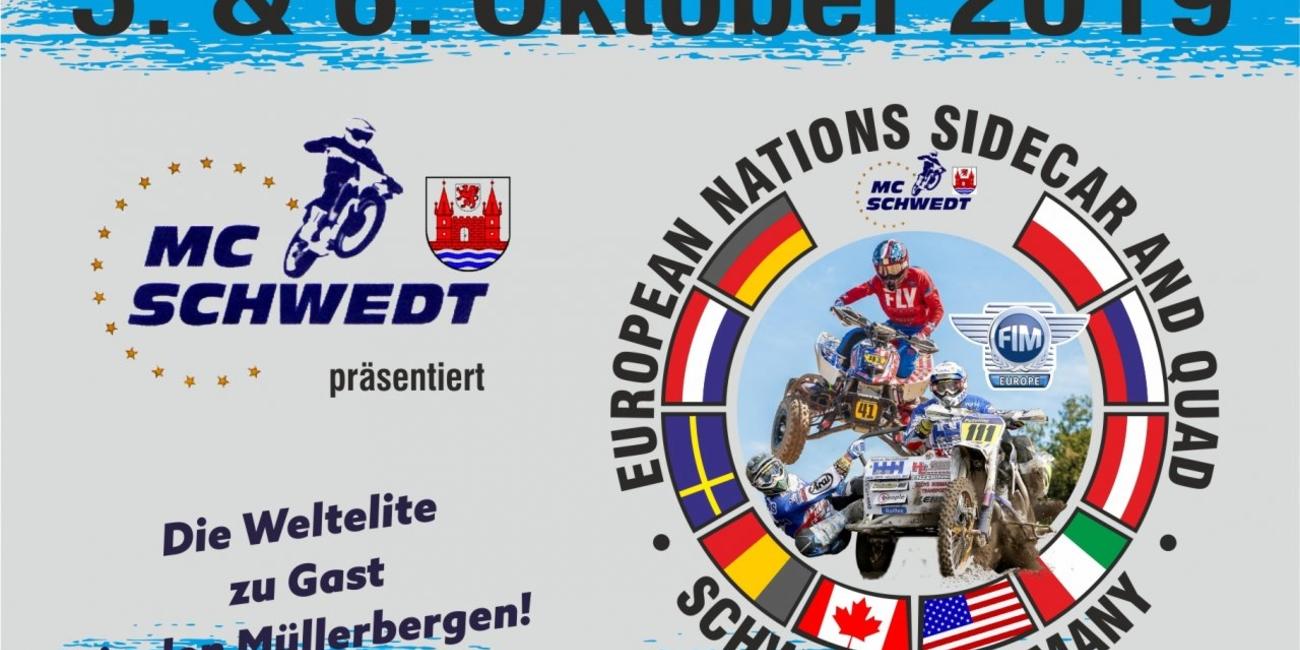 Following an entire week of intense negotiations and extreme cooperation between the event organisers MotorSport Club Schwedt, FIM Europe, and the WSC promoter APO Multimedia, a deal has been thrashed out which will see both days of the Sidecar Cross of Nations, and the Quadcross of Nations streamed LIVE globally on www.fimsidecarcross.com and www.sqmxon.live .

The event takes place in Schwedt Germany over the weekend of 5/6th October.

All parties were agreed that on the back of the successful team event held last year in Denmark, LIVE coverage would again still further grow the image and reputation of these gripping sports. There was a strong common and universal desire to capitalise on the season-long coverage of the FIM Sidecar Motocross championship, as well as bring LIVE TV once more to the Quad Cross fraternity.

It is also planned to produce the usual fifty-two minute highlights show, with all the key action for screening on the same media platforms. Further negotiations are ongoing to share this with our main-stream TV broadcasters.

The TV transmissions in their various forms will be supported by promotion and marketing through all the main social media channels, with regular updates and bulletins on the WSC website.

This agreement sees the culmination of a very spectacular season in which the World Sidecar Cross title changed hands, and the world of Quad-Cross experienced unprecedented exposure.

The Inter-Nations team event is a fitting way to sign off the year, and signals the start of preparations for the 2020 season, which is already just a few months away.

Keep abreast of the news as it unfolds on www.fimsidecarcross.com