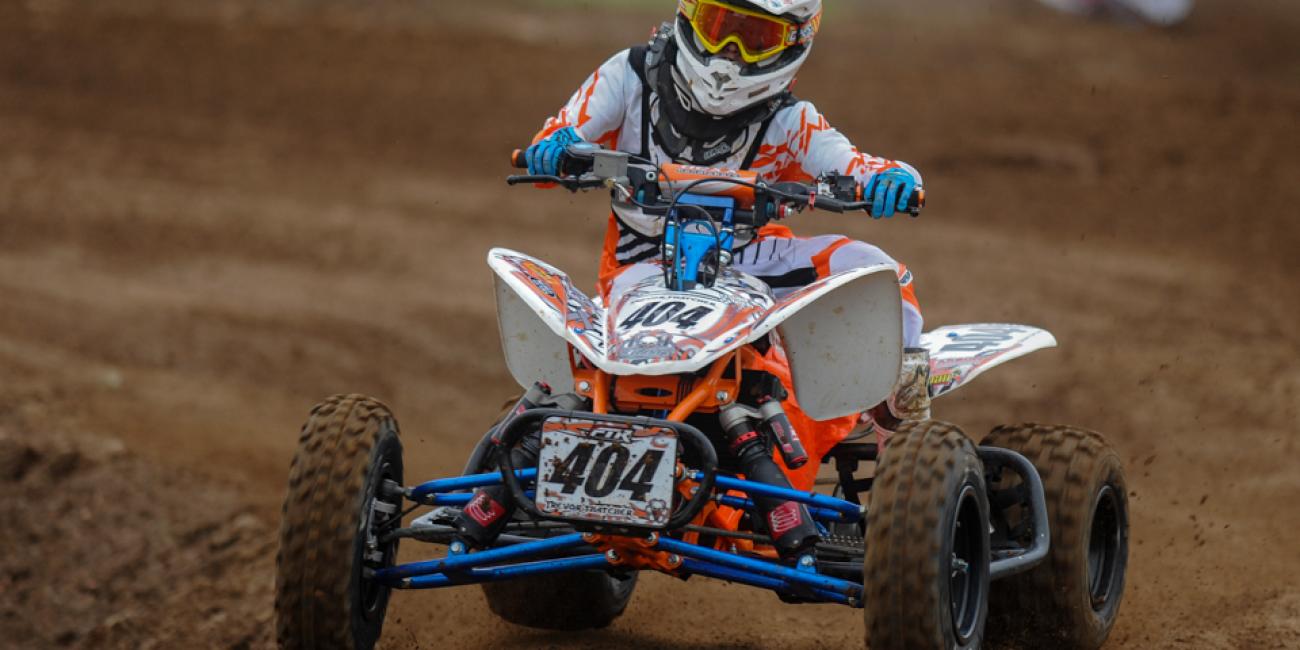 The 2013 season was rough on everyone, and it is even tougher when you race a mini. Trevor Thatcher gives us a run down on his season and his outlook on 2014.

The 2013 race season started off with what I thought was going to be one of the worse rounds as far as weather goes.  I guess Mother Nature showed me!  I’m a pretty good mud racer, so it didn’t bother me a whole lot with almost the entire season being a mud race, but it would’ve been nice to have been able to get some good, full race motos in!

I raced in the 90 Open Jr. and the 90 Limited classes, both which proved to have fierce competition! I led the points in the 90 Limited class for most of the season, which I thought was a huge accomplishment since I was 10 years old, having to race 13 and 14 year olds. Having some bad luck with my machine the second half of the season (broken shock, blown up motors, broken shifter, broken transmission, ect. ect.), I ended the season at Loretta’s with a 4th place finish in 90 Limited, putting me in 2nd, losing the championship by only 2 points! I did however win both my motos in 90 mod jr at Loretta’s, so that kind of made up for losing the championship in my other class.

It was a fun year, and I can’t wait for the 2014 season to begin….just hopefully we have some better weather!

Without the help of my sponsors, I wouldn’t be able to compete at the level I do and I want them all to know that I appreciate them very much.  THANKS!