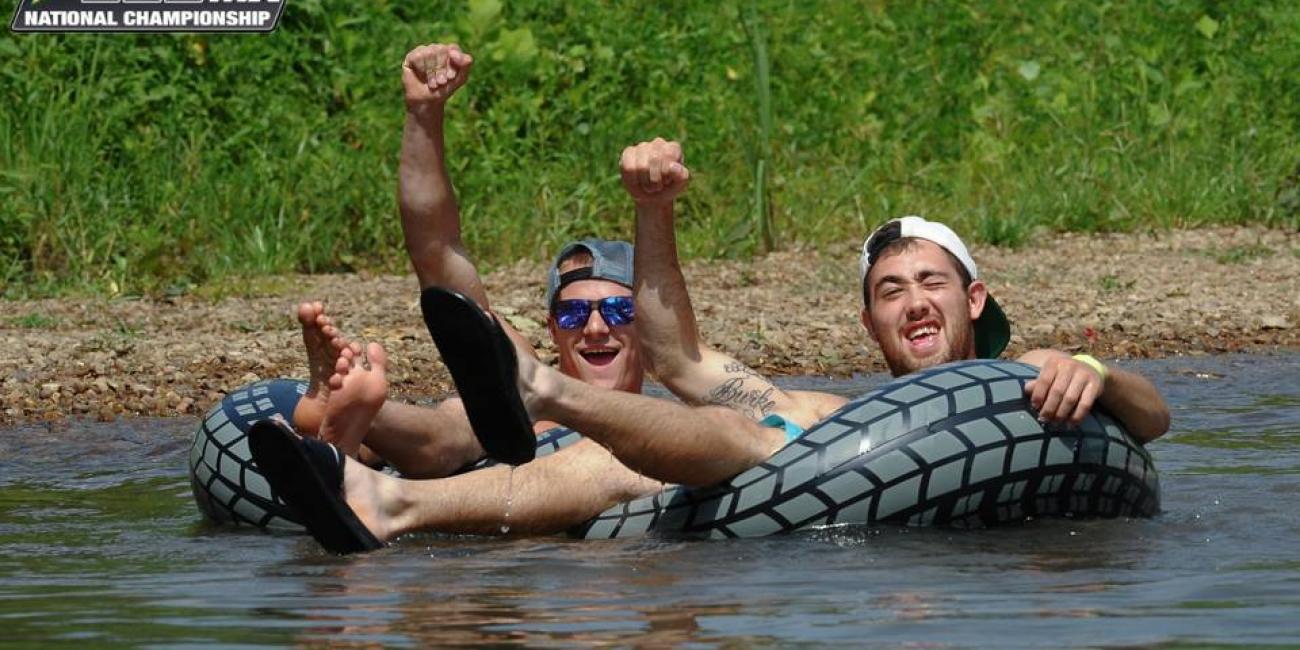 Last week it seemed the hibernation for the 2014 season was well underway and now another week closer to the start of the 2014 Mtn. Dew AMA ATV Motocross National Championship and there is still not a lot of signs of life out there. There have been a few rumbles here and there and if you follow the social Medias you probably have an idea of what little has been happening. Honestly to me the #TBT (Throw Back Thursday) thing has been fairly entertaining.

Christmas is just around the corner and before I get too far into this week’s Site Lap I want to let folks know that we would love to see some of your Christmas Wish Lists. So send yours or your child’s list to kind of get an idea of what the kids are wanting. I think any letters to Santa would be awesome to. Send them to [email protected] No I will not fulfill your wishes but it could be kind of fun to see what folks are wanting these days. Myself, I will have to think about it but for me….money is always a good option. So feel free to surprise me anytime you would like. But seriously too don’t forget after Christmas to send any cool pics or stories of your Holiday to share with the ATV Racin’ Nation.

I have spoken with only few folks this week as I have gotten caught up in the hustle and bustle of the season. Top Women contender Chloe Buerster is busy attacking the greens in Florida right now. She says that she has been getting loads of golf in lately amongst a little training in preparation for 2014. She hopes to return at the top of her game and is intending to contest some more of the guys in other classes as well.

Root River Racing’s Brent “The Tank” Sellars is still healing up from ACL surgery he had to have after an injury at the Caleb Moore Memorial race earlier this fall. According to his father, Brent is healing nicely and plans to return to action in 2014. There is a question as to exactly when though. It may be that:”The Tank” may have to miss the first couple of rounds. However don’t think he won’t be back at near speed once he does get rolling.

I also got a note from #724 Pro-Am rider Luke Shepard. It seems like things are looking strong in his camp. Here is what he had to say:

But as the season nears closer for 2014 my plans are set and finalized as far as sponsors go. I will be a main support rider for Houser racing and extreme TEC ATV on Hondas for 2014. These two companies have put a lot of work in this off season for me to get everything where I like it and I cannot thank them enough. Tanner Stutzman will be returning this season as my mechanic and we plan on having another great season. I have been putting a lot of time in at work and the gym to be able to afford my off season endeavors of training and getting out of the cold. I will be headed down to Splendora, Texas after Christmas to begin training and plan on run A class and pro-am again this season. It was nice last year getting my feet wet in pro am but I am now ready to be the guy talked about not just another guy out there. I also plan on running as many GNCC's as possible in 2014 but my main commitment is motocross. I cannot thank the people who have helped me so far this off season to get my builds going and the more help they will contribute throughout the season some other notable sponsors for 2014 are SSI Decals, Fox Shox, Streamline, Mototrim,Uni, Flexx Bars, Corrosion Specialties, Culligan Water Services, Roberts Racing, DWT/Motoworks, Pivot Works, Dynamite ATV, Ti Lube, 100 Percent, Protaper, Brap Bling, Guarne, Leatt, Hinson, Web Cams, Walsh Race Craft, my family and friends.

See everyone at the races! Be safe and ride on

And now to our first contributor to Site Lap Kenny “Pappy” Hill who has been a long time ATV advocate.

Kenny is as much a part of the fabric of the ATV world through ATVRiders.com and so much more. He is one of the most talented individuals I know. He can shoot cameras, guns, bows and his mouth with the best of them….literally. And on top of his creativity of gardening, woodworking, cooking and more, we now find out the man can write as well. So if you don’t know Pappy then here is a little taste of him. And oh yeah, he don’t take any crap from anyone.

Here are Ken’s words for the week:

First off, I figure I ought to introduce myself to those that do not know who I am. My name is Ken Hill and as of this week I am the series Social Media Manager among other things. I have been involved in covering ATV racing for the last decade and primarily worked with series sponsors, manufactures, websites and magazines capturing events and supplying media to the world of ATV racing. I am the series photographer for both the Mtn Dew ATV MX Nationals as well as the Amsoil GNCC series and have covered just about every form of racing that can be done on 4 wheels.

Ok, so the formal stuff is out of the way and now for a little about how this came to be. I paid my year end visit to the office and had a meeting with the series head honchos about the 2014 season. We covered a myriad of issues and soon I found myself being tasked with handling how the world views our series and its sponsors, racers and fans. I never put much stock in titles, and wasn't really looking for a new one, however we do face some issues that need to be addressed and I have no problem taking them on. This is not going to be a solo act, you are going to help and participate.

Social Media offers us a huge opportunity to not only get you, sponsors and the series working together for a common goal, but also to show and highlight your endeavors on and off the track. Sharing information is part of it, but opening lines of communication for all involved is paramount for the series to grow and will be needed as we move forward in the coming years. Perception is power and we all need to be aware of how we promote ourselves speaks volumes to potential sponsors not only for the series but for you the racer.

The content I aim to bring to the world includes everyone, not just the Pro racers. If you are a C class rider and have some information you feel would help our sport then by all means you need to be getting in touch with me. If you are a team and need or want exposure, I am an email away from helping you get just that.The media world relating to ATV racing has changed due to the economy over the past few years and the way I see it, if they cannot cover our sport then we will do it ourselves, helping them and working with them when they have the means to assist us. This is no small task, it will take everyone helping by any means possible and I am counting on your full support.

You can email me with comments or concerns and I look forward to working within your ranks to help in any way I can to get the word out and promote you and the series.

That's all for now, and please make sure you have liked our Facebook page as we will be sharing info there almost daily. Ken Hill [email protected]

Thanks Ken! And that will do it. Till next time, God Bless Your Heart and All Your Vital Organs.