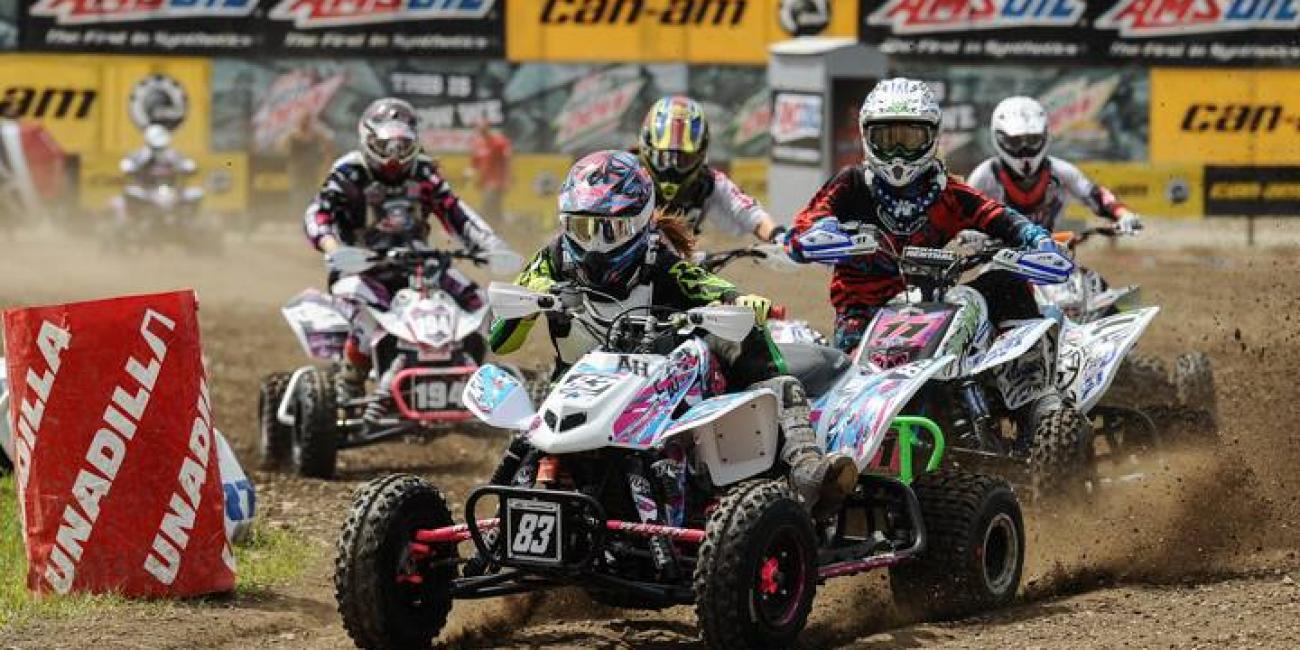 The Holidays are here and the 2014 Mtn. Dew ATV Motocross National Championship is still months away. What is going on in the ATV Racin’ Nation right now? The intelligence gathered here says that there is a lot going on and the winds of change for some are blowing in directions they may have never expected. Some are good and some are bad. Some we can talk about, while others we cannot.

As I have mentioned in recent weeks and articles I live in technology absent zone, which basically means that I cannot get cable, cell phone or anything remotely convenient with modern day technology. We are really lucky to get electric and in recent years county water. (I suppose I should move a few miles from the middle of the nowhere but it is what it is and I kind of like it. I mean I can actually sleep with my doors unlocked at night and not worry.) However, I have gotten a little information.

Over the week of Thanksgiving I had the opportunity to return to the Thor Winter Olympics a.k.a. The Mini O’s. RacerTV.combroadcast a number of the races throughout the week and even though we were away from home, it was a good time. I did run into Digital Dave from Race Day Pix who told me he has plenty of photos from the season up online and can get those specialty packages to you for Christmas if you hurry and order. Check them out at RaceDayPix.com. They also have a Twitter and Instagram @RaceDayPix. Give them a follow! And while we are doing that you can follow me as well if you would like at @hotrodney22.

While at the Mini O’s I spoke with the MX Team Rep from THOR. His name is Sean Murphy and he was speaking some positive things about ATVMX. He told me had actually just signed Cody Jannsen for the 2014 season. He also said he was truly excited to see how he did this year and that really excited to see how next season is going to shape up. It seems he is a little bit of a fan of the racing. Good competition breeds good character and that is how he feels about ATV Motocross.

Cody has been busy working on schooling and training for next season. I got a note from Cody’s Dad Joel giving us some insight on how things are looking.

Cody's treatment of his current sponsors and his polite demeanor in the pits have worked out great for Janssen Motorsports’ Cody Janssen. We have kept all of our 2013 sponsors and we have some big sponsors that will be on board for 2014.

I may have let the cat out of the bag on the THOR for them but still I thought it was cool.

I also got this note from Kyle Hanes letting us know how things were going. “My plans for next season are to run the whole series again and run in the Production B and 450B classes. I just got back from the banquet a couple weekends ago claiming my two 2nd places in Open C and 4-stroke C and one 3rd in 450C for the year. I have been training really hard off the bike since the nationals have been over also. I am looking very forward to next year and plan to be running for the top spot! I would also like to thank Media Allstars for picking me up it is the greatest opportunity I have gotten so far in my racing career to ride for such a great team! I'm looking very forward to 2014 and I’ll see everybody on the gate at round 1!

I spoke with Kyle Fix this week after noticing he was preparing for a “life changing event.” It seems he was packing up and heading south from Michigan to Texas. One may get a little excited but unfortunately it is not for the racing he is moving. Kyle has taken a job with a huge ATV supporter with the folks from Corrosion Specialties. I had hoped this would mean that he may get to live a dream job and have the luxury to be a serious ATV Racer as well. It was saddening to hear Kyle say that he may do a couple of races but the job is top priority. I was also impressed to know Kyle looked at the big picture and the future. All I know is that anyway you look at it and if he is able to race a little or a lot or even none at all it is a good move.

That’ll do it for now. Till next time, God Bless Your Heart and All Your Vital Organs.