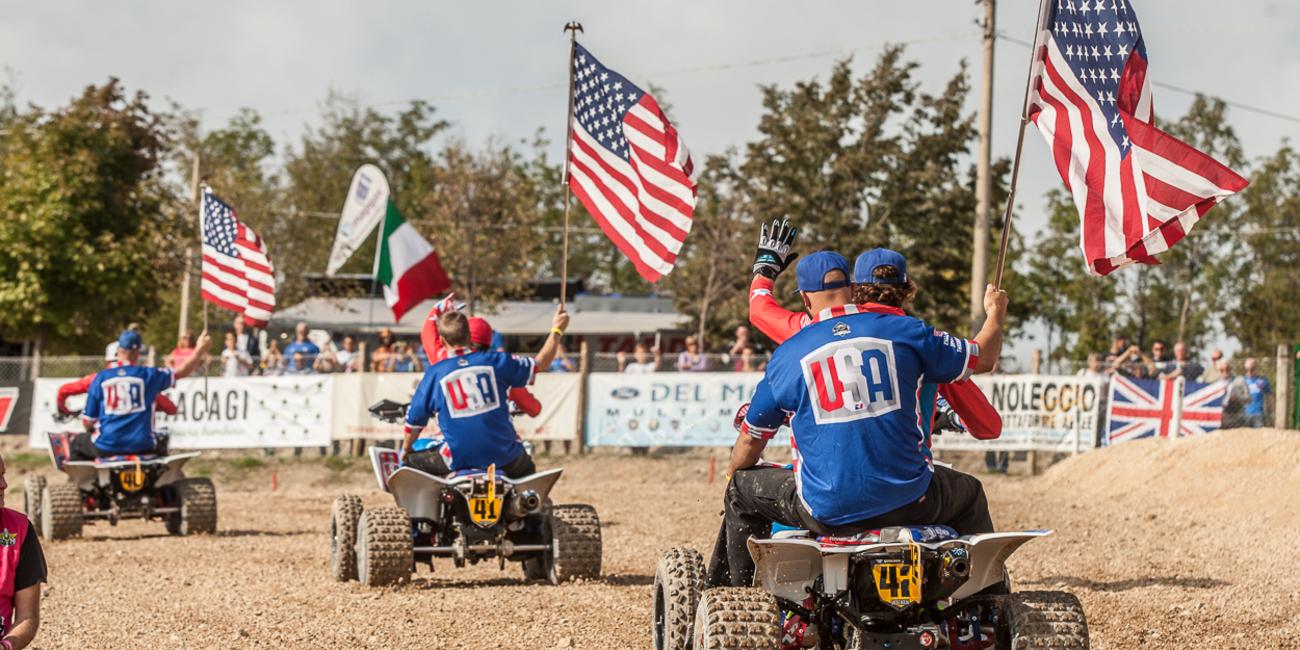 MORGANTOWN, W.Va. (July 3, 2019) – The ATV Promoters Group (ATVPG) and MX Sports Pro Racing are pleased to announce the three AMA Pro ATV athletes who will represent the United States at the 2019 Quadcross of European Nations (QXON) in Schwedt, Germany, on October 4-6.

For the third consecutive year the United States will be represented at this prestigious event by its top ATVMX competitors. The 2017 gold medalist team comprised of Chad Wienen, Joel Hetrick and Thomas Brown will once again come together to compete in the unique three-day event at the Motocross MC Schwedt Circuit. The team will battle against other countries in a three 25-minutes moto format, all scores will be combined for an overall finish position. Professional motor specialist, Mark Baldwin will serve as the Team Manager while the trio looks to bring home the United States third-straight QXON victory.

“It feels good to be back on the team,” said Hetrick. “I am extremely proud to represent our country and push for a third consecutive win! It is truly an honor being selected for this race. Thank you to everyone that supports Team USA.”

“I am absolutely pumped to be chosen again to represent the USA at QXON,” stated Brown. “To go up against the best riders in the world and try and keep the title here in the U.S. is amazing. I know we have a big target on our backs, but we will be ready to work as a team to defend our title.”

“Representing our country is truly a great honor,” said Wienen. “We are on a quest to win our third consecutive championship and it could not be done without the team and support behind the scenes to make it happen. Every year we are blown away at the support from the fans, family and team members that make this trip possible. I am excited for the challenge and team bonding in Germany. Bisbald, Deutschland! (See you soon Germany!).”

To help make this trip possible Wienen, Hetrick and Brown are offering a riding school at RedBud MX in Buchanan, Michigan on Thursday, July 18 as a fundraising effort. All skill levels are invited to attend and receive personal instruction from the industry’s top riders. The school will take place from 11 a.m. until 3 p.m. and the cost is $500. For more information on the riding school or to register, please email [email protected].